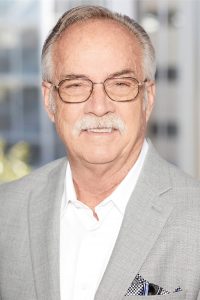 Ted brings more than 45 years in the Oil, Gas and Power Industry. He began working in the California Oil Fields in 1972. Ted made the transition from the field to an operations position in 1990, overseeing Maintenance Contracts, New Construction and Shop Fabrication projects for a local construction company. During Ted’s time in Operations, he also provided QA/QC and Business Development support and eventually moved to a full time Business Development position. For the last twenty years Ted has played a significant role in developing numerous new accounts and maintaining existing accounts.
Ted has been involved with the Western States Petroleum Association for over twenty-five years and is a past Chairman of the WSPA Association, Southern California chapter. Ted is a past President of a Southern California, Toastmaster chapter and is involved in the California Independent Petroleum Association (CIPA).